Graphic novels, especially ones for children, are a thing now. This is great news – it means more books, more diverse voices, and more public appreciation for the medium. Some of the people most excited for GNs are editors; many of whom are fans of comics and will be taking on comics projects for the first time. This post is for them…

Not a subtweet, but here’s what I’d like non-comics editors who are editing their first GNs to understand:
– GNs take a long time to make. At least a year for the art itself. Give your creators the appropriate time & advance for the work or they will burn out. Guaranteed.

162 people are talking about this

THINGS TO THINK ABOUT WHEN YOU ARE EDITING COMICS FOR THE FIRST TIME AND/OR HAVE NO EXPERIENCE WITH THE COMICS CREATION PROCESS:

Editorial-wise, graphic novels operate similarly to non-fiction. GNs are pitched by concept and outline (meanwhile, prose fiction is pitched with a complete manuscript). Once a GN is successfully picked up, the editor’s job from then on is to assist the comics creator by managing the project, strengthening their concept/outline and supporting them from outline – thumbnail – pencils – inks – colours – book. This is why GNs require more editorial involvement; you’ll be there through every step in the process.

Each comics creator has their own particular needs for a book. Some may want more help in story. Others may want feedback on art. And everything else in between. Each project is custom-made and every person’s role/expectations must be discussed beforehand. A good general rule is to advise on story, the words of the story (dialogue, plot, etc), and how effectively the art transforms those words of story into a complete reading experience. But do not force yourself where the creator doesn’t want you to be, or to micro-manage, or to be anxious over the process. This is why GNs require less editorial involvement; you must trust the creator.

Because of how physically, mentally, and creatively involving creating comics is – more so to the creator than to anyone else in the team – graphic novels take a long time to make. At least a year for the art itself. Give your creators the appropriate time and compensation for the work or they will burn out. Guaranteed.

Note: make sure you remind your creator, especially the newbies, that it’s normal to ask for deadline extension ahead of time. Check in every so often. Younger creators tend to be overexcited for the opportunity to make a book, and will run themselves down too hard if not careful.

Every creator’s process is different. Learn to adapt.

Every creator has their own way of creating comics, individualised for their talent, craft and tools. As an editor, learn to adapt and understand every step of the comics creation process and the craft of visual storytelling, so that you’ll be work smoothly and efficiently and not come into conflict with your creator.

Here are some of the many ways to make a comic, and tips for editorial in each example:

Comics is a language. Learn it.

Comics is not like prose, not like film and not like illustration. It’s a medium with its own unique language, grammar, history and structure. For example, gutters (the negative space between and around panels) represent time, and the space/placement of a gutter will influence how time is perceived on a page. I’d even argue that the basic structure and grammar of comics, from gutters to page turns, are visual manipulations of time, motion and space that create meaning. (Whereas words are manipulated sounds or representation of sounds that create meaning.)

As an editor, you must learn the language so you can successfully edit in that language.

Not only that, but learn as much about visual storytelling and visual analysis as possible. Engage actively in the comics you read. What atmosphere and emotion do certain colour choices convey? How does speech bubble placement affect pacing and tone? What emotion is expressed when a font looks different than the other? How does XYZ art convey the intention of the artist, and how do YOU the reader feel when encountering the art?

Do this not just for comics, but in every visual medium. Film, TV, a painting in a museum, an illustrated book, advertisement.

Editing a GN is more than editing the words of a story.

It’s editing the art AND the subtext created between words and art. It’s also editing the efficiency of meaning conveyed between the page and the reader.

The closest I can compare this to is translation of a prose fiction book.

It’s on you as the editor to learn, understand and study comics, as well as communicate, so you can learn to trust your creator.

Comics creators are a protective bunch. Maybe it’s because of how physically taxing and time-involved comics are. Maybe it’s the underground, independent spirit. Who knows? Comics is hard anyway.

Because comics is hard, and objectively, requires so much time and effort to produce, you must not become a burden to your creator via your inexperience and ignorance. Let me tell you, it’s demoralising as a creator to have to justify and explain every process/choice to death, just so you can understand and be relieved of your anxiety, on top of having to produce the book. It’s labour. It’s admin. It makes them question their ability and their craft. It leads to burnout and jadedness.

(Even having the creator justify why their GN requires a longer production time is a faux pas. It’s not the worst, but it doesn’t inspire confidence that your publisher knows what they are doing.)

Trust your creators. Especially if you’re not experienced. Especially if they are artists who may not know the words to describe something in a script/thumbnail. Trust that they will know how to realise it.

Anyway, this is my advice, based on my experiences as a working creator and a comics editor. If I had to TL;DR the thing, it’s: GET LEARNED. TRUST MORE.

I hope this post helps though. I am excited to see that comics/graphic novels (I interchange these terms a lot) are becoming more accepted as a medium by itself, as a literary contribution to the general public, and as something that traditional publishers are interested in supporting. But we have to understand that this medium is something else, and must not be approached like fiction, non-fiction or prose in general…

This post was originally posted on Reimena’s blog. It has been syndicated to Creator Resource with permission from the creator. Please visit the original post here and make sure to follow them on Twitter @reimenayee. 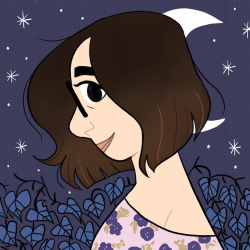 Reimena Yee
Reimena Yee is a strange and fancy illustrator, writer, and designer. Hailing from the dusty metropolis of Kuala Lumpur, she is now based in Melbourne, Australia. She once was a STEM student with the wish to enter academia, but left to pursue a passion for the world and all of the histories and cultures within it, which she weaves into her art and stories.

She is the author-illustrator of the gothic comics, The World in Deeper Inspection, the Eisner and Mcduffie-nominated The Carpet Merchant of Konstantiniyya, and the upcoming Seance Tea Party. She is also the writer of The Makers Club series.

Elsewhere, she is the co-founder of UNNAMED, a comics collective that aims to build community and resources for visual-literary creators in Southeast Asia, through workshops, panels and partnerships.