When it comes to comics contracts they can often be hard to parse and full of confusing language. Here at Creator Resource we’re hoping to make the process of signing a contract and making comics a lot more transparent. So here’s a quick guide to the three most common types of comic book contracts that you’ll come into contact with if you’re working with a publisher!

This is your standard big two comics publishing contract. It means that the company is hiring you to draw, write, letter, ink, or colour for them, and you have no ownership of the work that you create. If you’re the artist, you can keep your original pages if you don’t draw digitally. This is relatively new as in the golden and silver age of comics publishers most often kept the pages.

This changed in the ’70s when Marvel, in the face of impending struggles about creator ownership, made it so any creator who wanted to cash their paycheck had to retroactively sign away their rights and state that all work they had done or would do for Marvel was work for hire. After this, to appease unhappy creators they began to offer them their original pages to keep, though they would be split between the trifecta of writer, penciler, and inker. This forged the thriving original art market as creators sold their work for extra money. It was also a big moment in comics archival history as so many golden and silver age pages had been given away or destroyed by the publishers.

If you sign a work for hire contract, depending on the publisher, you’ll get royalties for sales as well as any characters that you create. But at certain publishers, they won’t allow you any compensation for creating legacy characters.

One of the rarer contracts in comics, this was popularized by the founding of Image Comics in the ’90s and means that you own all of your work, characters, and creations. The company will likely only be granted a license to the publishing rights for the comic, and that may only last for a set amount of time. This also means that depending on the publisher you may not get an upfront page rate or an advance, and may only be paid in royalties. But you retain all of your ownership rights, which is huge if you plan on optioning them or utilizing them in other mediums.

Though Image Comics still offers creator-owned deals, some of their offshoots do not. Skybound, owned by Robert Kirkman, offers what’s known as creator participation contracts. That essentially means the publisher takes an ownership stake in a portion of the rights of your characters and creations. Often mistaken for, or even called creator-owned, this kind of contract essentially gives your publisher a say in what you can and can’t do with the property, as well as earning money from any potential licensing or optioning deals. This kind of contract is becoming more and more popular as more creators strive to make creator-owned work and more publishers attempt to gain the intellectual property of the books that they publish. 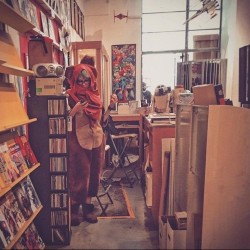