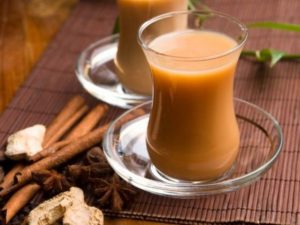 I was taught how to make chai by an Indian guru at Millbrook, Timothy Leary’s country house in upstate New York, in 1968.