This is a recipe we’ve used for years — Ann came up with it early in our marriage, when we found ourselves with a lot of zucchini and had to figure out something to do with it. It’s so tasty, it became a staple dish. It’s really good with boboli.

Ann served it one night when Barbara Kesel was over to visit, and she wound up going back for seconds, just of the veggies, even though she doesn’t like zucchini. It’s just that good.

This is a great, tasty dish I came up with. Easily scalable for 2 people or more. Also makes decent leftovers.

Cut the chicken into smallish bite size pieces. This is easier to do if the chicken is slightly frozen. Season with salt and pepper and set aside in a bowl.

If you have a mandolin slicer, then slicing the zucchini is so much easier. Use the same size blade if you were making french fries (but not shoestring) and slice from the end (after trimming). If you don’t, trim the ends of the zucchini, cut once down the center lengthwise, and then slice roughly 1/4 inch pieces. Set aside.

Peel and dice the yellow onion. You should have about the same size pile of onion as you do zucchini. Set aside.

If you are serving with rice, make now so it will be ready when then main dish is done cooking. If you are using the pizza shells, place on a baking dish, preheat the oven to 350 (or as per directions on the package). Heat until warm and a little toasty (I will put these in after the chicken is done, just before I start cooking the veggies, or about 8 minutes).

Put one good sized sauté pan on the stove over medium heat. Drizzle in about a table spoon of olive oil. After a moment, add the chicken. Sauté until the chicken is fully cooked. Place into a clean serving bowl one large enough to hold the vegetable too. Try to reserve as much of the cooking liquid as you can in the pan.

You may need to add a little more olive oil into the pan before adding the onion. Sauté the onion until it starts to turn translucent. Add the zucchini. Sauté for about 2 minutes (you don’t want to over cook the zucchini). Then pour the chicken back into the pan and cook together for another couple of minutes. Add the wine and the butter. Stir until the butter melts. If the sauce is a little watery, you can remove the chicken and veggies back into the serving bowl and cook the sauce until it reduces a bit. You can add more butter, but not more than a tbs at a time. Pour over the chicken.

Serve up the rice or Boboli shells, spoon the chicken and veggies over and enjoy. 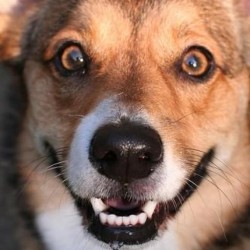