Here’s the thing about comics right now: The writer gets most of the accolades for a good comic. Then comes the artist. After that? You don’t often see the colorist, the letterer or anyone else getting a lot of attention.

But that’s changing. Little by little, you can see books like The Wicked + The Divine adding the colorist and letterer’s names to their covers. Why? Because they’re important.

In a recent AMA on Reddit’s “/r/comicbooks” subreddit, Clayton Cowles summed up a letterer’s job as “You know the word balloons and sound effects? That’s me, baby.” While at the base level, that may be true, Cowles (pronounced “Coals”) knows lettering’s much more than that. As one of the busiest letterers in the business, spoke against the common misconception that anyone can letter a comic. “As simple as it looks within the finished book, the craft of lettering requires both a good sense of design and an instinct for storytelling.”

For most of us, it’s easier to spot a lettering job done poorly than it is when it’s done well. If you see bad lettering, you’ll get taken out of the moment. You may not be able to tell why, at first – maybe you weren’t sure which word balloon to read in which order. Maybe it blocked something important in the panel’s art.

The truth is, lettering is more than just legible, well-ordered balloons. Kurt Busiek has been writing comics for over 25 years. On Twitter, he’s @KurtBusiek, and he talks often about the art of lettering – the good, the bad & the ugly.

On April 8th, Busiek tweeted a thread: BAD LETTERING IS A SIN AGAINST COMICS. In it, he talks about how good lettering can be used to draw a reader’s eye to important art or story details. He describes the comic’s panels as a stage, where lettering and its positioning, style and its use create a tone and pace for the conversation.

Busiek has plenty more threads on lettering in his timeline, if you’d like to know more. One great one shows a comic with only the lettering, but no art: how visual tone and sequence are so key to the storytelling as a whole.

Out of respect for growing letterers, I won’t show an example of badly done lettering on here, but if you want to see an exercise in lettering, check out The Wicked + The Divine by Kieron Gillen, Jamie McKelvie, Matt Wilson & Clayton Cowles. Most panels from it that I could grab to show you great lettering would be ridiculous spoilers, so you should probably just read the whole thing. If you’d like to know more about it, check out my review.

Some of My Favorite Letterers:

This article was originally posted on The Comic Book Yeti. To read the full piece (including examples of lettering from script to the page itself), visit here. 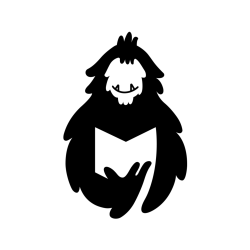