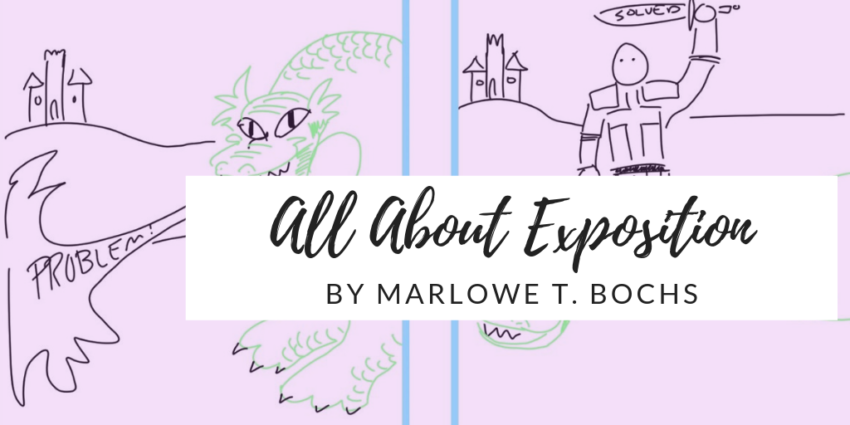 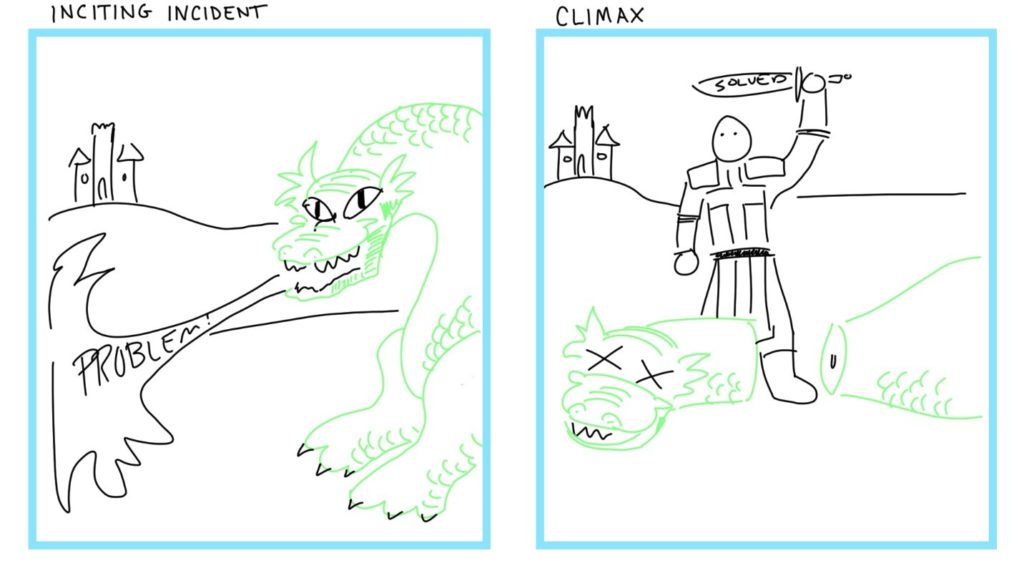 However, the telling of the story doesn’t have to begin with the inciting incident. The telling of a story has a short amount of time to set the scene, to show where and to whom the problem will occur.

This preliminary part of a story is called the exposition. 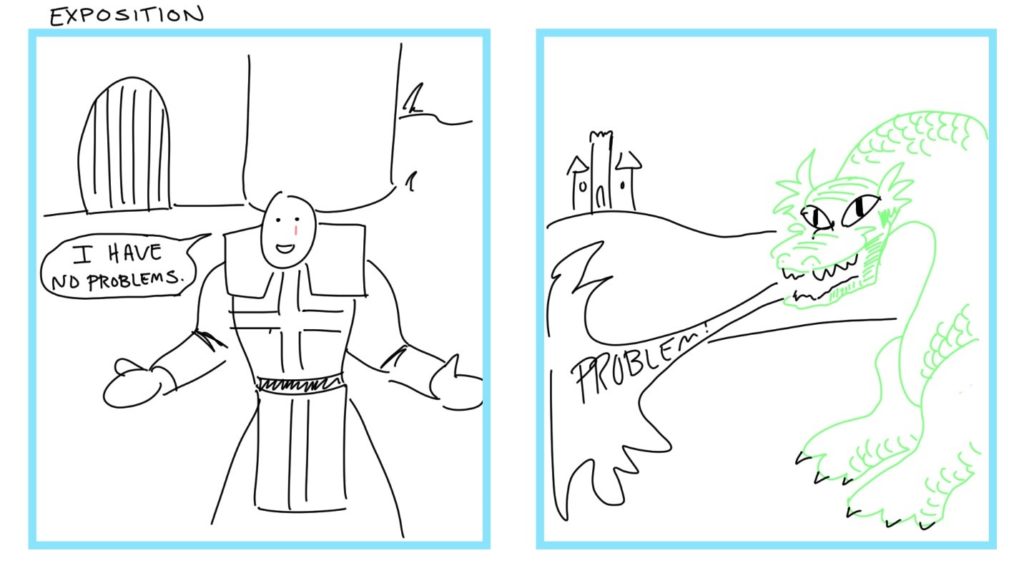 The trouble with exposition is that it’s boring. Remember, story is the language of the brain. Your reader’s brain thrives on conflict. Most readers will hang around for a while to see if a conflict develops, but if it doesn’t arrive soon enough, they will leave unsatisfied.

In the past, when entertainment was rare and expensive, exposition was plentiful. Victorian novels might have chapters upon chapters of exposition. However, the modern reader has a million stories at their fingertips at any moment. They want the conflict to arrive as soon as possible. One simple solution is to invert the two elements. Jump into the story with the inciting incident and then backfill the exposition. 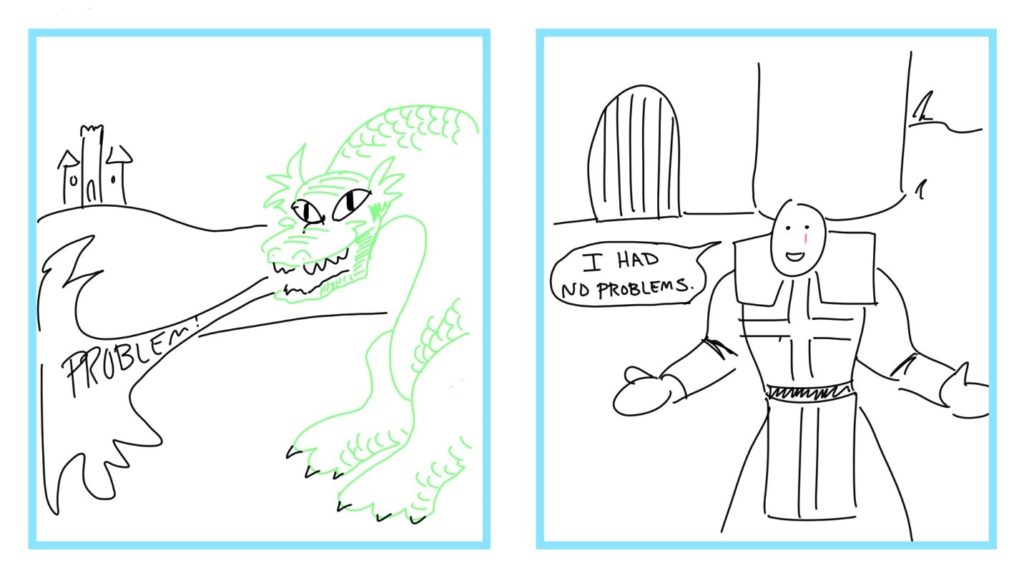 In this case, the tension of the problem has already been activated. The reader will hang around to see the resolution of that tension (the climax of that story). You can use that tension to hold their attention while you build your character and world.

There are two main mistakes you can make at this point. The first is to pass up this opportunity. Tension is the engine of the story. When you have it, use it. Unless it’s a very short story, jumping from inciting incident to climax will feel slight and inconsequential. See the first story on this page for an example. We’ll discuss in the future how you can make this mistake even if you have content between the inciting incident and the climax.

The other major error is to overindulge in your exposition. Readers want to know your character and your world, but only in the ways it relates to the conflict. If you introduce a dragon and then spend pages discovering the past and personality of the hero, in ways that don’t reflect dragon hunting, your reader will get angry (and not in the good way). 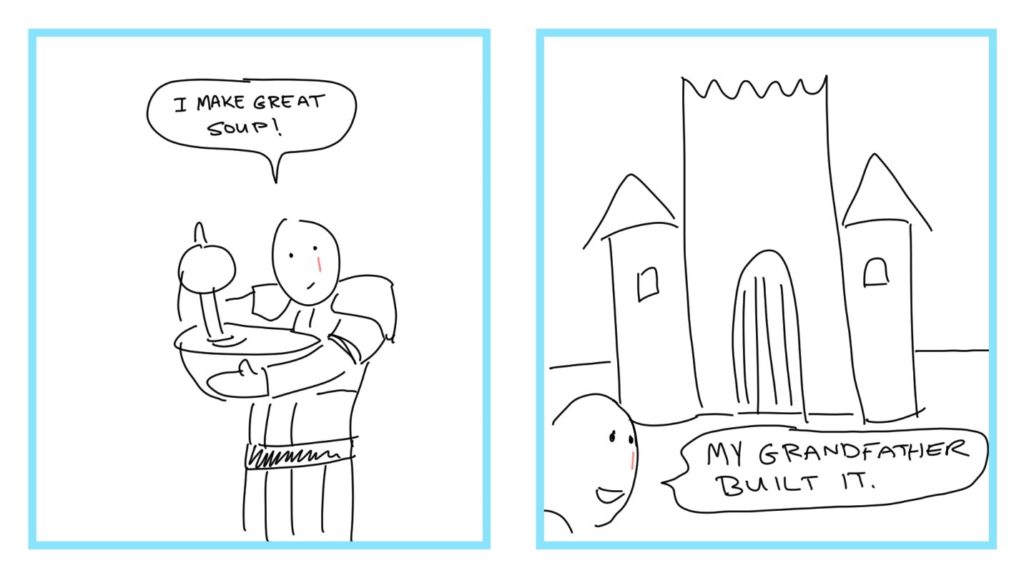 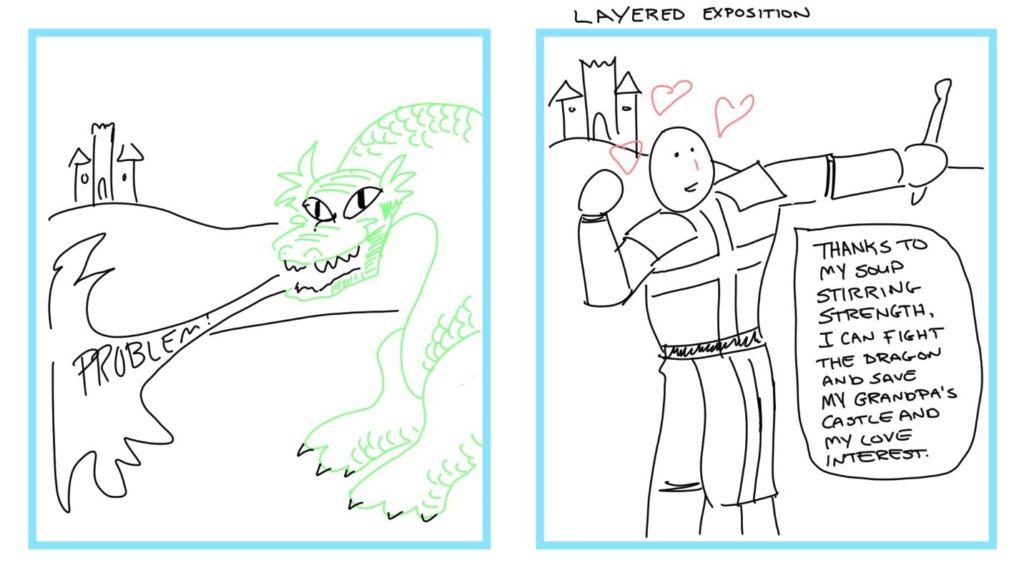 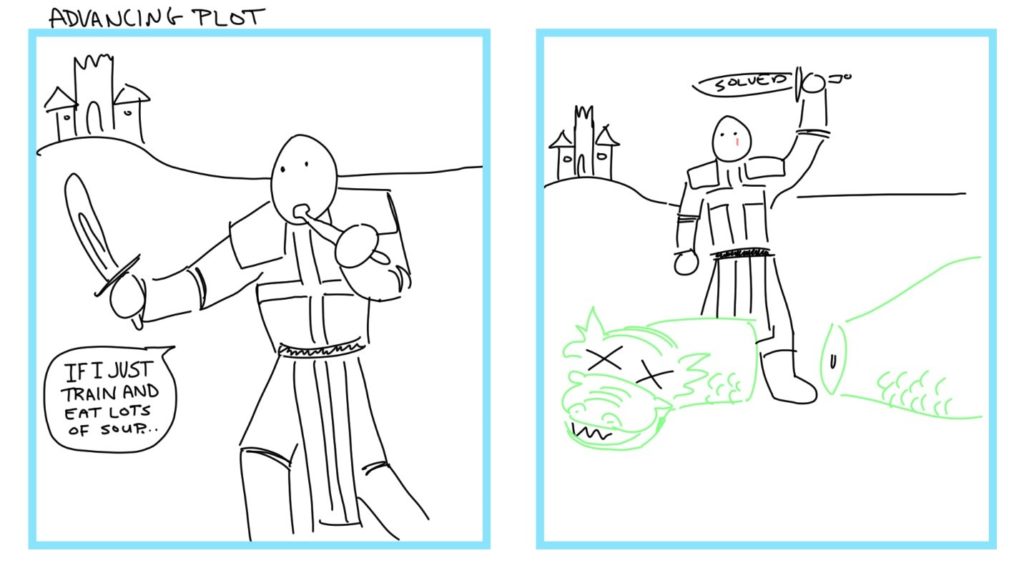 1 thought on “All About Exposition”