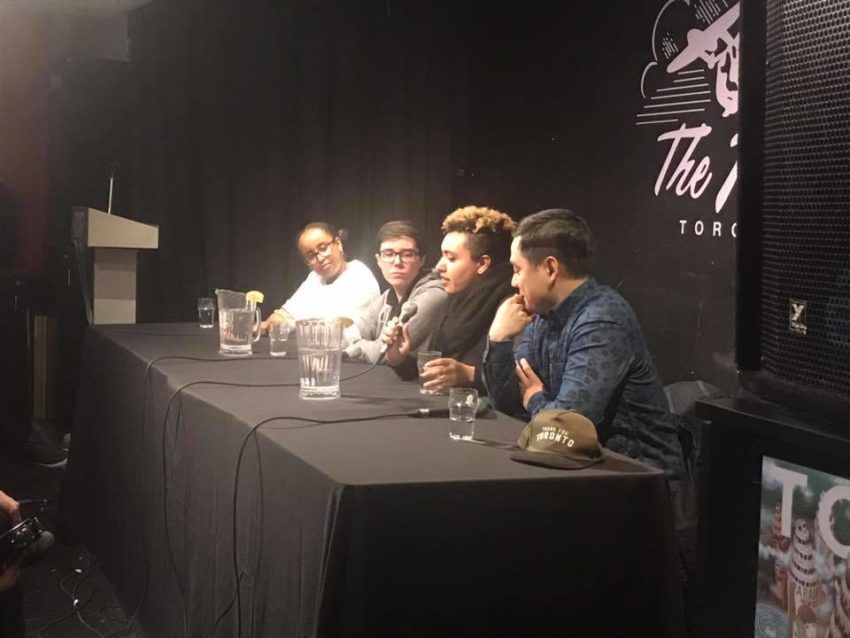 When trying to find your footing in comics and build a portfolio, the answer is often “just make comics!” but what does that entail? We dive into the world of short stories and zines to help teach you to hone your craft, try different genres, and create comics with no barriers.

PANELISTS:
Jason Loo is a Toronto-based cartoonist and creator behind Toronto’s pretty decent superhero, The Pitiful Human-Lizard. The series has garnered a lot of media attention including BlogTO, The Globe and Mail, The Toronto Star, Toronto Life, Metro, and CBC News Toronto. Jason was nominated in 2018 for a prestigious Doug Wright Award for his work on PHL. He has also contributed to the Toronto Comic Anthology and the Kill Shakespeare series (IDW Publishing).

Jey Pawlik is the artist for Topaz Comics and the webcomics Dead City and Gender Slices. They love pens, birds and sharks. Jey has done work for College Humor, Filthy Figments, and Game Grumps.

Cleopatria Peterson is an illustrator, comic artist and zine-maker. They love making zines! Their work is full of intricately detailed illustrations that depict nature, sexuality, the body as it pertains to being black and healing through trauma.