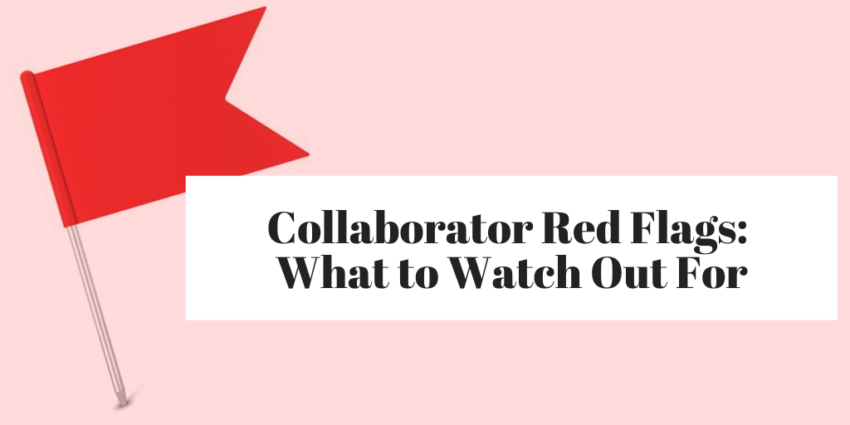 Recently, we received a request to help creators navigate the world of comic book collaboration. More specifically, we were asked to help compile a list of the most common red flags to watch out for when you’re approached by another creator for a project.

In this list, you’ll find red flags that our peers have experienced over the years. The specific focus here is our fellow creators (as opposed to red flags from publishers), but many of these apply to the industry-at-large as well.

In this section, we break down some of the red flags that creators have seen when first being approached to work on a project. If you’re seeing someone break any of these rules, you should be wary of them, and whatever project they may have in mind.

Here we’re going to talk about things to look out for in the project pitch, script, etc. Sometimes you may really like the idea of a project, but there are definitely a few things that you want to watch out for, even if this is the case.

This area is focused on a thing that you should always do upon being approached for a job: do a background check. You don’t have to hire a P.I. and do a deep dive, but checking out their web site, and their social media will serve you well. Who you work with and choose to associate with is (whether you like it or not…) a reflection of you as a creator. Even if they’re the picture of professionalism to you as a creator, a bad reputation for harassment or other such things can bring you down.

This area is general red flags that didn’t quite fit in one specific subsection, so they’re here. Most of these are worded (and formatted slightly) by the original creators who suggested them online.

What are some of the things that you think are red flags? Feel free to add yours to the comments below, and help creators be aware of things to avoid bad collaborations.