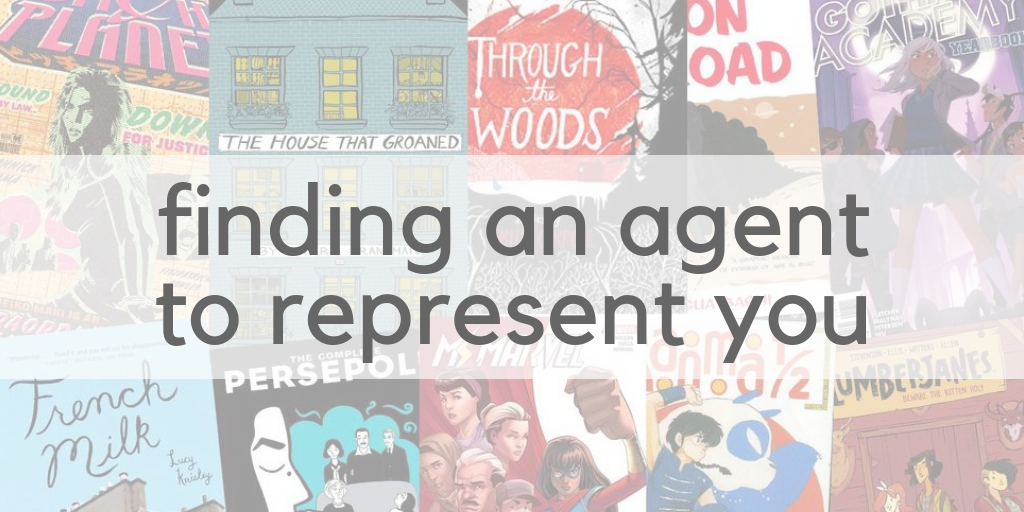 One thing that we get asked about a lot here on Creator Resource is how to get an agent to represent you. It can be tricky and a little bit daunting at times to find someone who will be a good fit for you and your projects. It’s also a very different process from pitching for a traditional book agent.

Typically with traditional book agents, you need a completed manuscript in order to pitch but comics don’t work the same way as novels. You either have a pitch together with some partial scripts either with or without concept art and preview pages. It’s not usually the full, finished project, which is what traditionally, an agent would look for. It doesn’t help that the agents who DO work with comic creators often don’t have clear guidelines set for how to pitch to them as opposed to as a novelist (or whatever). Many agents always give the appearance that if they work with comic book creators, it’s usually artists and illustrators, so it doesn’t always seem like there’s an “in” for comic book writers.

There are many mixed things that have been said about comics creators seeking representation over the years. Some believe that it’s not necessarily helpful while others swear by them and feel having an agent is the only way to go. I am in the latter category.

I’ve heard things like “some comics publishers are less inclined to work with you when you’re represented by an agent” and I’ll tell you exactly why that is: many comics publishers are inherently predatory (something that we here at Creator Resource are working on helping course correct). These publishers want to take advantage of new creators and folks who don’t know better; folks who are excited to work in the industry and have their work published. They seek those creators out and exploit them because they can.

Comics publishers that aren’t predatory and who aren’t looking to take advantage of creators aren’t afraid of agents because they have nothing to fear from them. An agent’s purpose is to negotiate a fair page rate and deal for your ideas and stories that you’ve put hard work into. A good agent exists to make sure that you don’t get taken advantage of and to help build you up as a creator.

That being said, not all agents take on comic book creators and some only work with artists/illustrators/cartoonists rather than comic book writers, but it depends. Agents are the same across the field in that they take on the clients that they feel they can best represent and it varies from person to person.

Once you start querying, it may take a while for you to find someone who is a good fit for your works (Delilah S. Dawson has a great Twitter thread on agents, found here).

In my personal experience with agents and pitching, I’ve found that if you’re looking to pitch your comics and graphic novels to traditional book publishers, going into a project solo (as in without an artist, co-writer, colourist, etc. attached) is the best. Once you find an agent, they can only negotiate on behalf of the person they represent so it’s easiest for them to pitch your works. Having other creators attached can make things tricky. Not impossible, but definitely tricky.

Traditional comic book publishers, however, are a bit more difficult to pitch to as a solo writer (like in my case). Comic publishers like seeing concept art, preview pages, and other stuff that will help them visualize the final product. Not having someone attached can make it harder to sell a book to them. It’s not impossible, but they definitely prefer to have that stuff attached and lined up. If they really like a concept, it’s no problem to help put a team together, but art always helps sell a book.

Anyways – those are a few pointers from my experiences with an agent. If you would like to pursue an agent and would like to know which of them take on comic creators, check out these links:

2 thoughts on “Finding an Agent to Represent You”