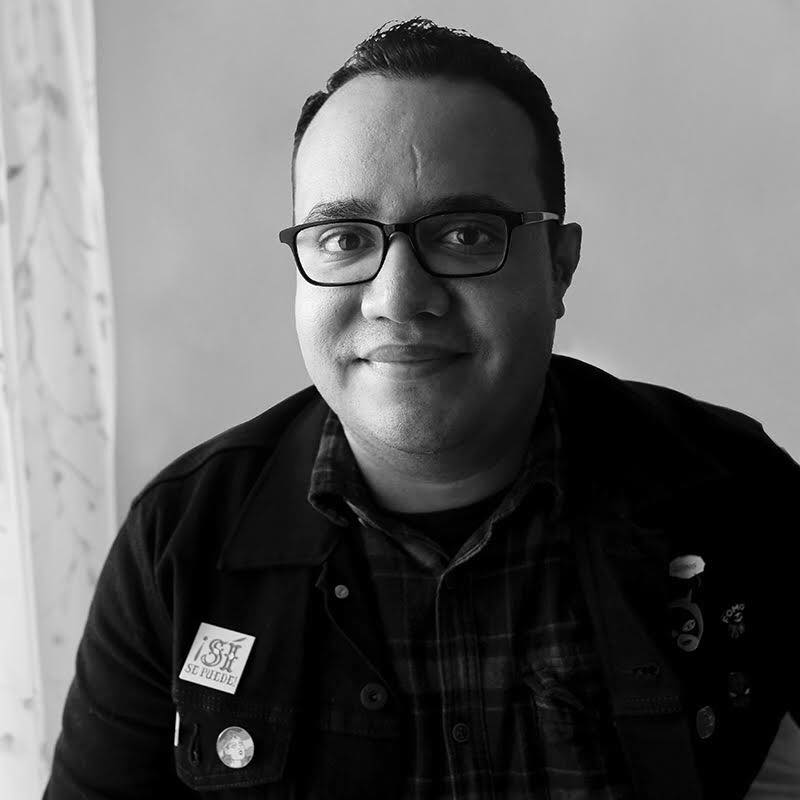 Today we speak to Henry Barajas, the Director of Ops at Top Cow, and writer behind the upcoming graphic novel La Voz De M.A.Y.O. Tata Rambo.

Hi Henry, can you start by telling us a little bit about your start in comics?

I started frequenting my local comic book shop after my parents got divorced. It was a very welcoming space. Charlie Harris, the owner of Charlie’s Comics, gave me my first SDCC badge, introduced me to other comic book creators, and let me read whatever I wanted like a library. I wrote El Loco and Captain Unikorn with Arnie Bermudez and Christian Vliaire. I started to write about comics and the people that made them. I wrote about comic book news for Heidi Macdonald’s Comics Beat then I started to write for my local newspapers. I got back into comics when I moved to Los Angeles and got a job at Top Cow.

Outside of writing comics, you also work as the Director of Operations at Top Cow. How has that changed your perspective as a creator, and what it takes to get the attention of editors?

Honestly, it has only given me more of appreciation of making comics. It’s important to know that what you’re doing as a creator is important enough for the publisher to do everything in its power to make something great. Every role is important all the way from the artists to the marketing person.
Your work as a writer has focused on telling Latinx stories, primarily that of your great-grandfather in your OGN “La Voz De M.A.Y.O. Tata Rambo” Vol. 1 & 2. Why was it important to tell his story, and more broadly, how has researching, and writing it helped you better understand your identity, and it’s place in your art?
It has given me more of an appreciation of the importance of uplifting and highlighting voices that have been shuttered. My Tata’s story is just one instance in a messy history. I never understood the struggles and consequences until looking at what people had to go through so I could be here today to write this comic.
“La Voz De M.A.Y.O. Tata Rambo” Vol. 1 is out this November. It was originally Kickstarted, and will now we officially released by Top Cow. Obviously, working for a publisher doesn’t mean they’ll publish the work you develop on the side, so tell us how that came about?
Matt Hawkins liked what I was doing and wanted to help. He linked me with J. Gonzo because he has always wanted to work with him, and he felt that he was perfect for this job. He was right. I have always wanted to work with Claire Napier because I really respect how she analyzes and sees comics for what they are and how much better they can be. The letter artist, Bernardo Brice, letter a majority of Where We Live. So, I wanted to work with Bernardo because I knew he could get the job done.
The last question we’re asking everyone is this – if you could go back to and speak to a younger Henry, or any other aspiring Latinx writer, what’s one piece of advice you’d give them to make the journey easier?
Aspiring Latinx authors and creatives need to know now that they need to make opportunities for themselves. Start telling the stories you want to read, film the projects they want to watch, and make the music they want to listen to because no one will ask for it. I would tell young Henry to learn Spanish. Old man Henry still has no excuse.