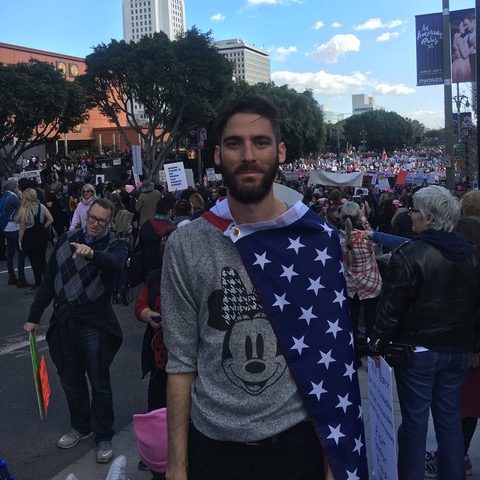 Hi Josh, can you start by telling us a little bit about your start in comics?

I have always wanted a career in comics, but it took me a long time to figure out exactly how I could have one. I had my first unpaid internship at a comic book company when I was in 20, and a couple of other internships followed over the next several years. Unfortunately, I still had bills to pay so I balanced my time between pursuing comics and a day job. After a few years of this I was able to publish and self-publish enough work to get to where I am today.

In addition to writing comics, you were also the lead writer for Telltale Games, and have done some work with Zynga. How did working in games come about?

The video game work came about because of comics. There are game studios doing a lot of games with well-known characters, so they need writers who have experience writing for established brands. Because I had worked on the Adventure Time graphic novels for Boom! Studios they were willing to let me do a writing sample for them. I’ve been very lucky to balance my time between comics and game projects.

You’ve written quite a bit of licensed work from Rick and Morty to Adventure Time, Dream Daddy, and a tie-in story for Marvel’s War of the Realms event. What are some keys to writing great licensed work, and what are some lessons you picked up along the way?

A passion for the material is important, but I wouldn’t say it’s the most important thing. I find that if I am writing characters I love too much I will hold myself back from taking risks. At the same time, people have a lot of expectations about what these characters and worlds are like, so you absolutely need to write towards that known quantity. It’s really tricky to find a balance, because often the rights holders will come with ideas and expectations of their own.

Your creator-owned work often features Latinx characters, as well as other people of color – you’ve detailed some moments of online and in-person backlash to this. Does this make you feel like we need more Latinx characters in the comics, or just further proof of toxic elements in the fandom/ industry?

Many, many groups of people are underrepresented in the media — not just comics. As a storyteller, I try to reflect the real world we live in, and that world is diverse. Obviously, there are some people really, insanely uncomfortable with that fact. It’s frustrating because harassment can sour you on the things you love about comics. The upside of that is you also see how desperately inclusive comics, and inclusive comic companies are needed right now.

This is a question about something I often wrestle with myself – in your website’s bio you mention loving your country, you’ve set a story against the backdrop of the Revolutionary War, and even released a book where you drew sketches of all 45 American Presidents. As a Latinx creator, how do you square your love of country with the way it often treats us, and how does that filter into your work?

My short answer is: It’s our country too, and we have to fight for the values that are so important to us. I have a lot of love for my country, but just as much cynicism and outrage at the things our government does. It’s important we’re not made to feel like an “other” in our own country, and my little comics family has been hugely important in helping me weather the storm.

The last question we’re asking everyone is this – if you could go back to and speak to a younger Josh, or any other aspiring Latinx writer, what’s one piece of advice you’d give them to make the journey easier?

Just make the comic already! What are you waiting for?