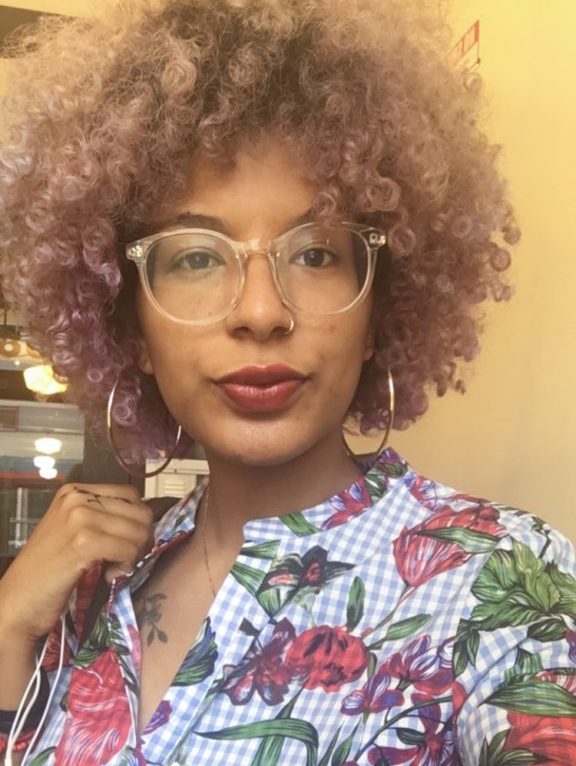 First up is Kiara Valdez, who is an assistant editor at First Second Books!

Tell us a little bit about your work at First Second, and your journey thus far in the comics industry?

Since I got hired right out of college, my journey thus far in the comics industry is very much tied to the work I’ve done at First Second. I am assistant editor—my job consists of assisting with a wide variety of tasks that help First Second run smoothly and, of course, a lot of editing. I co-edit and work very closely with a good handful of the books acquired by one of my bosses, the wonderful editor Calista Brill, and since last year I have been acquiring books for my own list. But aside from the nitty gritty, my work at First Second also includes providing some Latina sass and Tumblr/Twitter speak half of the team usually doesn’t understand (I’m joking…or am I?)

As for my comics industry journey—it’s been a steady and exciting one. I came into this industry having, for the most part, only ever read tons of manga. As a kid I had indeed picked up books like American Born Chinese and Maus in the library, but the magic and variety of the non-DC and non-Marvel American comics industry wasn’t something my adult self was aware of until a year before I was hired, when Calista Brill handed me Cory Doctorow and Jen Wng’s In Real Life. Since then, and since being welcomed into the First Second family, I’ve been keeping my eyes and ears open as I try to learn everything I can. And the comics industry has been extremely warm! I have had a chance to talk to and befriend so many wonderful creators, and have had a great time talking about myself and my job in a few comics panels. I am really excited to see where the industry, and I with it, go from here.

Your most recent acquisition at First Second is Claribel Ortega and Rose Bousamra’s middle grade graphic novel Rizos, which is about a Latina girl. What can you tell us about that project, and why was it important for you to make sure this story found a home at First Second?

Last year when I was allowed to start acquiring, I asked myself two questions: 1. What does First Second and the comics industry need more of?  2. What story did I need as a child? The answers to those questions was ‘Latinx voices’ and ‘a story which would have helped me accept my curly hair’. And so I started on my search for a Latinx writer (If I’m being honest, my ideal was someone Dominican like me, and I got extremely lucky with Claribel) and a talented, enthusiastic artist. After about half a year and a few bumps on the road, I was able to get the perfect team of Claribel and Rose.

Rizos is a middle grade graphic novel about Marlene, a Latina girl who through her own efforts, encouragement from her best friend, and help from her aunt, learns how to embrace her natural curls. This would have rocked the world of my 12 year-old self, and I hope it helps curly-haired kids today!

When acquiring books, what do you tend to look for in a proposal, and what makes a proposal stand out for you personally?

As I’m sure all editors do, first and foremost I look for great writing and great art. But beyond that I think I am especially attracted to a story with a lot of heart? As an editor, and a reader, I can tell when a creator has put a lot of themselves—time, effort, love, and maybe their actual selves—into a story. That feeling gives the story more agency and depth.

On the other hand, what’s a red flag in a proposal that immediately makes you hesitant about acquiring a book, and creators should try to avoid?

It’s not so much as a full on red flag, but something that makes me hesitant is when a creator doesn’t seem to know to which market their book would be geared towards. If you can’t tell me ‘I see this as a middle grade graphic novel” or ‘this is an adult graphic novel’, it is possible that you made this proposal without that in mind, and that sometimes ends up in a project that is sending mixed signals. For better or for worse, publishing is an industry ruled by age categories, and it’s good to do some research about what is selling in each and how your proposal fits into the bigger picture.

Acquiring books is just one part of the job, can you tell us about how you tackle editing a graphic novel once you’re already on board?

How I edit really depends on how the creator likes to work. In general, the steps that precede the turning in of final files of a graphic novel are: Script (though if it’s a sole creator they sometimes skip this step), thumbnails, line art, lettered inks, toning/and or color. In order to make sure the person who is making the art doesn’t have to do major changes in the line art, or later stages, I give the most feedback during the script stage, and then address any other problems that may have cropped up in thumbnails. BUT, again, that’s dependent on the creators! There are some creators I know of that don’t mind making major changes in line art and actually like finishing a full first draft before hearing feedback. Editing is very collaborative, and so that means as editors we have to be flexible in the way we build a process that works best for each creator.

The last question we’re asking everyone is this – if you could go back to and speak to a younger Kiara, or any other aspiring Latinx editor, what’s one piece of advice you’d give them to make the journey easier?

“Keep giving it your all and putting in the work, but be gentle with yourself. You won’t reach your dream if there is no piece of you left to reach it.”