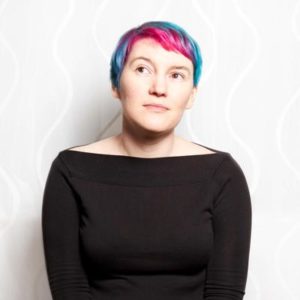 Lindsay Gibb is a librarian, writer and editor with a special focus on zines, films and youth culture. I first learned of her through her work with Broken Pencil, a magazine that focuses squarely on independent creative action. She’s also worked with independent arts festivals, zine fairs, and is currently the coordinator of the Toronto Comic Arts Festival’s (TCAF) Librarian and Educator Day. She graciously answered my many questions through an email interview.

Can you tell us about the difficulties involved with developing and curating a zine library for organizations like Universities or the Toronto Public Library?
I think if you’re within the organization (depending on the level of bureaucracy involved) it’s easier to develop new things than it is as an outsider. So, for example, with the Toronto Public Library, Broken Pencil was contributing zines so they could develop a zine library. But once we contributed the zines we, as an outside group not unionized within the TPL system, had very little say in what happened to the zines. So, while it is nice to partner with organizations that have the capacity to host a zine collection, I haven’t seen TPL do very much with that collection since it was added.

On the other hand, OCAD’s library is a much smaller organization so there’s much more freedom to build something like a zine collection. While we lack the space TPL has (and the promotional capacity — even though I don’t see TPL promoting it they definitely have a further reach than the OCAD library should they decide to actively promote the collection), we’ve had pretty free rein over how we collect for it, how we catalogue it, etc. I think the biggest challenge in any institution is budgetary. Zines aren’t expensive, but libraries have set ways of purchasing things that aren’t conducive to the way zine-makers sell things. So, it’s challenging to have to bend the way libraries are used to working in order to fit in zines. But it’s amazing when it works.

Do larger organizations have a difficult time with understanding zines and zine culture?
I think so. It usually depends heavily on the people working there whether zines are embraced or not. I think most zine collections are initiated by someone internally (or who is partnering externally) who is passionate about zines. It’s rarely the institution itself (ie. the higher ups in the institution) that considers zines important enough to collect them. Most zine libraries are still independent, but you can see large public and academic libraries in the States embracing zines. Less so in Canada.

Do zines help give a fuller portrait of communities?
Definitely. That’s one of the key reasons that libraries should collect zines. How better to reflect your local community that to collect work by members of the local community, and/or run workshops to encourage members of the community to make work reflecting themselves, their communities and their experiences. And then collect those works so the communities your serving can see themselves in the library’s collection.

Do zines help redefine cultures that have been stereotyped in the media?
I think zines do a good job of speaking to folks who haven’t seen themselves in media, and allow folks to represent themselves and their communities through their own voices. However, I don’t know how much I hope I have that zines can change the viewpoints of people who hold negative stereotypes of a culture. Would they be willing to read a zine written by someone from that community and take it in?

What were your experiences like with Broken Pencil and Canzine, with respect to zines?
Both experiences gave me access to a lot of new zines on a daily basis. People always ask me if zines still exist, and if you work in any place that accepts zines (like a zine library that accepts donations, a magazine like Broken Pencil that takes in zines for review, or a zine fair that puts out calls for vendors) you easily see just how vibrant zine making is right now. There are so many zines! And it’s really a privilege to work anywhere that gives you access to zines and the zine community.

What do you talk about in your zine workshops?
Typically it’s a combo of zine history and zine making techniques. I talk about the origin of zinemaking, how zinemaking has changed over the decades, and the types of subject matter that is explored in zines. I try to make zinemaking accessible to people who have never heard of zines or who don’t know where to start, so I give them easy entry-points to making so they have to tools to keep making zines after the workshop.

Have zines helped you with developing your own writing? Like, workflow or content?
Probably. Making zines in my youth definitely lead me to be a journalist and work in magazines, and it was good practice for it. I really stopped making my own zines in the late 90s and moved into more traditional journalism, so it helped more with getting my start than continuing my development.

Would you talk about your experiences with writing National Treasure. Nicolas Cage?
Sure! I guess zines did have a bit of an influence on this project. I wrote a page for an issue of Static Zine about fandom and my page was (surprise!) about Nicolas Cage. So, a mixture of my growing interest in him and a few opportunities I had to share that love (through the zine and through a club I started to watch and discuss his movies) I pitched the book to ECW Press and they accepted it.

It was an interesting process spending that much time on one topic and one piece of writing. I’m so used to magazines which, while they are often on one theme that you focus on for years while you’re working there, involve jumping from one article to the next really quickly. I was worried that writing a book about Nicolas Cage would kill my love for him, but I enjoyed it. I’ve met a lot of Cage fans and converts since the book came out and it has put me in touch with people around the world (Scotland, the US, Spain) who have their own Cage-related projects. So I’m very happy my amazing editors at ECW gave me the opportunity to dig deep into him.

Did zines help with developing your interests? Or introducing you to different subject matter?
I think so. I was very into music and the local music scene in Brampton and the 905 when I was in high school, and my zine was about that. So, I got deeper into the community, people let me into shows for free, and I made lifelong friends through the work I did on my zine. (I was also in a band so I might have made the same friends through that, too, but people discovered my zine at local record stores and I made a least one good friend after he discovered my zine and sought me out.) So, that’s maybe more about the communities that zines can foster than about developing interests. But I think it also gave me an opportunity to explore my music interests through writing.

And lastly, what’s something you wish more people knew about zines?
Just that they still exist. Some people think they ended in the ’90s and that’s certainly not the case.

Also how valuable they are to youth. I met a teacher at the American Library Association Conference who told me she’s a better teacher since she discovered zines. Her goal is to get every student to make their own zine from now on, and I think that’s such an empowering goal.