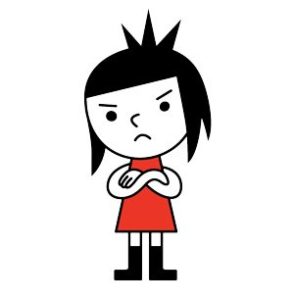 I’ve always admired Annie Koyama for her work and bravery. Being a publisher in this day and age isn’t for the faint of heart, and she’s able to weather it with style. She’s won the respect of many of her peers in publishing, and has a catalogue of some of the best cartoonists of our generation (Michael Deforge, Fiona Smyth, Sophia Foster-Dimino, Jane Mai & An Ngyuyen, Jesse Jacobs, Steve Wolfhard, and Walter Scott, just to name a few).

Annie graciously answered my onslaught of questions, and I promise to never, ever do this again to anyone. And if I do, I promise to buy the drinks, at least.

*Note: Shortly after we completed this interview, Annie made her announcement about wrapping up Koyama Press in 2020. You can read more about that from here.

How did your patronage in the arts begin?
After a terminal diagnosis and surviving a risky brain surgery, I decided not to return to work as a film producer but instead chose to use the funds I’d saved for travel towards helping a few artists in Toronto.

I proposed a project with the artist, I would fund the project and the artist could keep the proceeds from selling the prints/zines/t-shirts etc.

When did you start collecting art?
I never consciously collected art aside from picking up nice prints years ago before I could afford originals. Once I began working with artists one on one in 2007, I would often buy some of their work to support them. So it was never about collecting for me.

The only thing I’ve ever made a concerted effort to collect is tacky salt and pepper sets.

The collection of U.S. based artist pages that I donated to the Billy Ireland Cartoon Library and Museum in Columbus, Ohio began when people sold pages or sketches to raise funds to get to a show or pay their rent. Early on, I bought quite a few pieces for this reason. Consequently, they may not be representative of the artist’s best work in some cases. After I decided that I wanted to donate all of the artwork, I decided to collect more strategically, often asking the artist in question which page they’d like to have in the museum.

How do you feel your tastes in art have changed over time, or have they at all?
I think that my taste is pretty wide and I go back and forth between more representational pieces and abstract pieces. Because I found a couple of people or groups that do good conceptual and sculptural work, that kind of work interests me more than it used to. My overall interests don’t just lie in printed work, anything from music, dance, performance, crafting and of course, film are on my radar.

What do you look for in an artist’s work?
On a very basic level, aesthetics first but good storytelling is definitely key as well. I’m interested in art that pushes boundaries though, it doesn’t always have to succeed but there is so much work out there now, new and different work really stands out.

You really epitomize the DIY ethic with how Koyama Press began. Do you feel that spirit continues to guide Koyama Press to this day?
To some extent. I’ve had to change up how I worked in order to be eligible to get any grants and to work with a large distributor. That said, I have never changed my mandate about working with primarily emerging artists and taking risks on new talent to publish their work and get it out to a much wider readership than they could on their own.

Was scaling up Koyama Press from your initial days difficult? From Trio Magnus to now?
Well, it was a gradual thing. I didn’t have large distribution for the first few years so it was more difficult to spread the word early on. I had to hire Ed Kanerva full time when I did sign with Consortium in order to help with the workload. Ed had already been working with me part-time and very quickly became invaluable to the press. Eventually receiving some grants helped keep KP sustainable.

Does Koyama Press have any general guidelines with respect to how it operates?
It may seem basic but my first answer would be: professionally. I may not have had a speck of background in publishing but I did have some business experience and trying to be respectful and professional goes a long way in any business.

I also don’t believe in unpaid help and have always tried hard to compensate people fairly for their work.

Unfortunately paying large advances in the alternative small press world is difficult.
I have tried to make that up to the artists in other ways.

What’s your favorite thing about being a publisher? Your least favorite?
My favorite part is working with an artist and seeing an idea for a book come to fruition. Then, getting that book out into the world for the artist. Seeing their fans come to meet them at shows or signings never gets old.

My least favorite part is dealing with the inevitable printer errors and delivery issues.

How do you discover new artists? Is there any advice you’d impart to them?
I credit Michael DeForge with having introduced me to several artists in our local community in particular and with the internet, you can see work from all over the world and contact most people with ease. I’ve mostly found people that I wish to work with on my own, but recently, Anya Davidson in Chicago turned me onto the work of Nathan Gelgud and that resulted in a book that debuts this fall. I generally do not ask for submissions as I have a full roster each season because I only publish ten to thirteen books a year. Those spots fill up quickly.

I’ve said many times in interviews and on panels that you should put your name on your work. Always.

Most people are trying to build an audience, many of them are seeking representation and specifically looking to be published. I don’t have the time to spend an hour trying to find out what your real name is. Most publishers don’t either. Nor do agents.

I also see a lack of education for artists around how to protect themselves from signing shitty contracts and really basic business skills that you will need, from crafting an invoice, to knowing how to submit properly to a publisher.

I think that a lot of post-secondary institutions may give you good practical art instruction, but the lack of preparation in sending you out into the real world is a little concerning. I’ve already held a workshop about basic business practices to help fill in some gaping holes in knowledge.
The feedback was immediate and confirmed for me that there are a lot of people hungry for this information.

PAST, FUTURE AND COMMUNITY

How has the art scene in Toronto changed over time?
The scene has probably not changed a ton but how to navigate living in Toronto as a working artist gets more challenging each year.

And lastly, are you optimistic about funding for the arts in the near future?
With Doug Ford in charge, I remain skeptical.