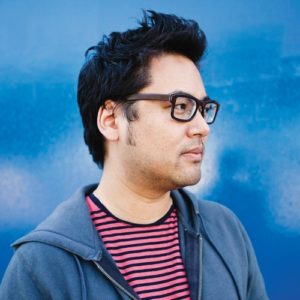 What can be said about Bryan Lee O’Malley that hasn’t already been printed in numerous magazines and news sites already? His genius in books like Scott Pilgrim, Seconds and Snotgirl? His beautiful approach to both writing and art? Or maybe just his compositions?

Maybe, more importantly, is how much the zine DIY aesthetic helped in the development of his work and process. I discovered Mal’s work by chance through surfing online around the turn of the millenium. His work was evocative back then, in short stories that were crafted in a rougher hand than today.

It was my honor and pleasure to interview him. I’ll let him take over from here.

I think young people have repurposed the word “zine” to mean a different thing entirely, but for me a zine is a stapled, folded paper thing, usually black & white, usually produced on a photocopier and more or less hand-made. The fact that you make copies and give them out or sell them is part of what makes it a zine.

The first zine-like thing I ever made was a Transformers Choose Your Own Adventure/activity book. It had inserts with popups and flaps and things like that. It was all made by hand and there is only one copy. My first book, in 1988, when I was 9. In my middle school years, my best friend and I made hundreds of pages of comics on lined paper but we never published them or showed them to anyone other than the two of us.

I started posting work online before I ever started making zines or going to events. I got internet access in late 1996, so I was 17 and I was in the full swing of my anime fandom. All the early comics I posted online were attempts at anime-like stories.

In the later 90s I started going to anime cons and made some artist friends online & in real life. I contributed to one or two stapled anthology zines with various friends. Eventually I kind of fell out of anime and got more into the indie/DIY scene and moved to Toronto… I made a handful of zines and zine-like things. We would make zines for our music projects. I made a very zine-like booklet for a CD I made in 2002. When I was working on my first book Lost at Sea, I made a zine previewing the first 16 pages. Even after I started Scott Pilgrim, I made a zine with behind the scenes commentary and stuff. And Scott Pilgrim volume 1 was very influenced by the DIY culture and the zine aesthetic too.

I think making zines and small projects is a really important thing for a young artist, because it shows you can finish something, even if it’s dumb. It feels good to finish something and share it with people. You can get a much bigger audience online than you ever could with a xeroxed zine, but there’s a different feeling too. I still think making tangible things is important for any artist.

It’s hard for me to separate the experience I had from the specific time I came of age, but I feel like zines and comics are “intimate” art forms, since they’re made by hand – they’re like a window into someone’s brain. Zines started out all punk rage and emo poetry. They’re really good at portraying naked feelings on a page. I think the rawness of the zine format and the early 2000s culture I came out of pushed me to write things that were more confessional and honest with myself.